Warning: "continue" targeting switch is equivalent to "break". Did you mean to use "continue 2"? in /var/www/filmgreatercopenhagen.com/public_html/wp-content/themes/Divi/includes/builder/functions.php on line 5941
 Actor Birgitte Hjort: ”In Denmark you have a bigger say in things, but there is a lack of discipline” - Film Greater Copenhagen
FilmGreaterCopenhagen

Actor Birgitte Hjort: ”In Denmark you have a bigger say in things, but there is a lack of discipline” 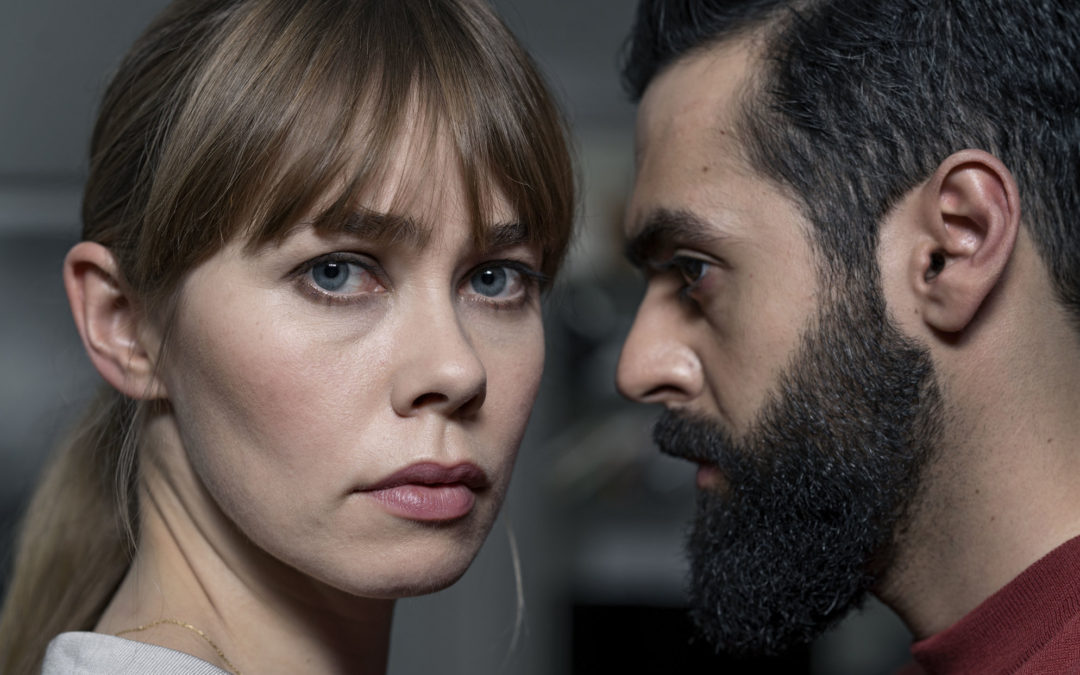 After a stellar career abroad, Birgitte Hjort Sørensen is back home in Denmark to star in the new Danish/Swedish TV series GREYZONE. The Copenhagen Film Fund spoke with her about what it is like to have the world as your workplace, what distinguishes a Danish production from an American one, and how GREYZONE is a perfect hybrid between the two.

In front of the camera for Mick Jagger and Martin Scorsese, side by side with Jon Snow and hand in hand with Pilou Asbæk – over the past five years, the Danish actor Birgitte Hjort Sørensen has worked with the top names in international film and TV. She does not doubt for a second that appearing in the DR drama BORGEN paved the way for her international career, enabling her to add giant American productions such as GAME OF THRONES, VINYL and PITCH PERFECT to her CV. Now she is back home again, and on Sunday takes the role of a drone engineer in Danish broadcaster TV 2’s new series, GREYZONE.

Strike while the iron is hot

It was by no means because interest in the Danish actor was waning on the other side of the Atlantic, that after five years, Birgitte Hjort decided to return home.

“Not everyone was equally enthused by this decision. My American agent in particular got irate, and reckoned we should strike while the iron is hot, since my career in the USA had started to take off in earnest. Most Americans have that dream, of  “making it big”, and are willing to go a very long way to realise it.  But that wasn’t how it was for me,” states Birgitte Hjort , who has now made her home in Copenhagen for the past  year. 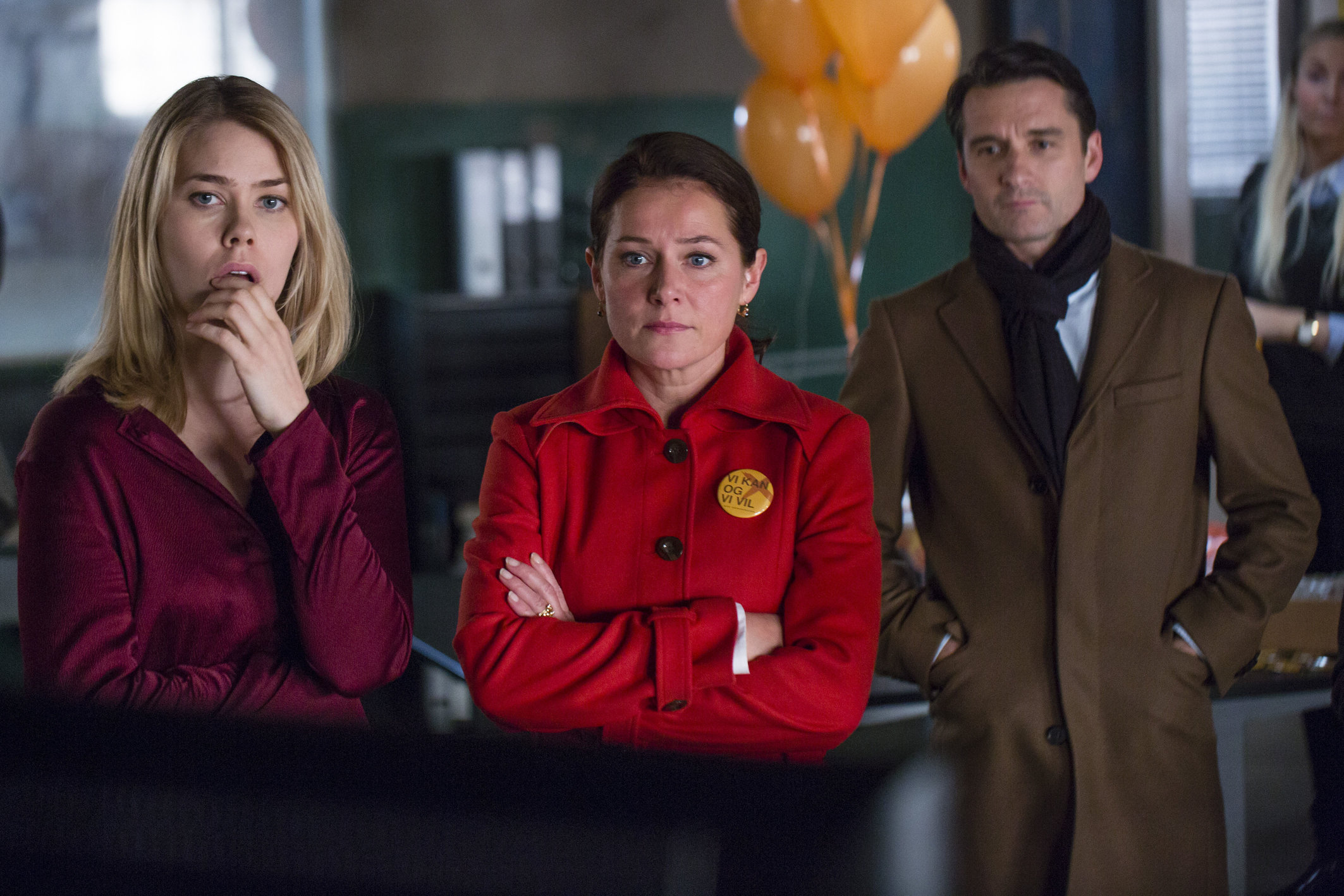 “It’s a crazily exciting and adventurous thing to have the world as your workplace. To have both the chance to challenge yourself with a lot of different roles and genres, and to learn something new about yourself. When I started out as an actor aged 25, I wasn’t good at travelling around and changing my physical surroundings in that way, but now I have a very relaxed approach to all that”.

“For a long time, I was just amazed that the possibility of doing it even existed.  Of course, I also took a proactive part in making it happen, by getting out there and acquiring international agents to represent me and so forth – but still, did this really happen?” Birgitte marvels, adding:

“I began working abroad when the hype surrounding Danish TV was at its height. I’d just done BORGEN, which was obviously a plus when it came to getting parts in international productions. Everywhere I went, people went on about Danish TV being the coolest in the world, and the most exotic and sophisticated”.

The American Dark Side

But in the process, the 36-year-old actor found out that having an international career also had its dark sides.

“It was a huge and overwhelming experience to get to work on a production like VINYL. But is it difficult to exert any creative influence in the big American productions. They are vast machines running on pre-laid tracks, and there is much, much more money at stake than in Denmark. The various job demarcations in the production team are much more sharply defined, and even a minor change to my costume had to be approved by seven different executive producers. You become a very small piece in a large game”.

“And working abroad is a lonely business. A lot of time is spent waiting around on the set, and you end up eating a lot of meals by yourself. The last few years, I wasn’t feeling that happy. I missed my network of friends and colleagues, and my family, and the Danish way of doing film and TV. I needed a break. Working abroad has taught me to be more critical of the material I’m offered.  It doesn’t mean I have completely written off working abroad, but it need to be on the right projects”.

What characterises the Danish way of making film and TV?

“In Denmark, we have a more democratic approach to the product, and to one another. There is a much flatter leadership structure and greater equality than abroad. On Danish productions, you can come up with comments on the script, and have an influence on the story and characters”.

“Over here we don’t have the same prickly attitude to job demarcations as they have abroad. I’ve known make-up artists come up with viewpoints and suggestions for an actor’s performance which would be unthinkable in the US or England”.

“Of course, the director and producer have the last word, but there is room for dialogue and input, which lends a greater sense of ownership to one’s work. And, on a purely personal level, I dedicate myself more to the role.” 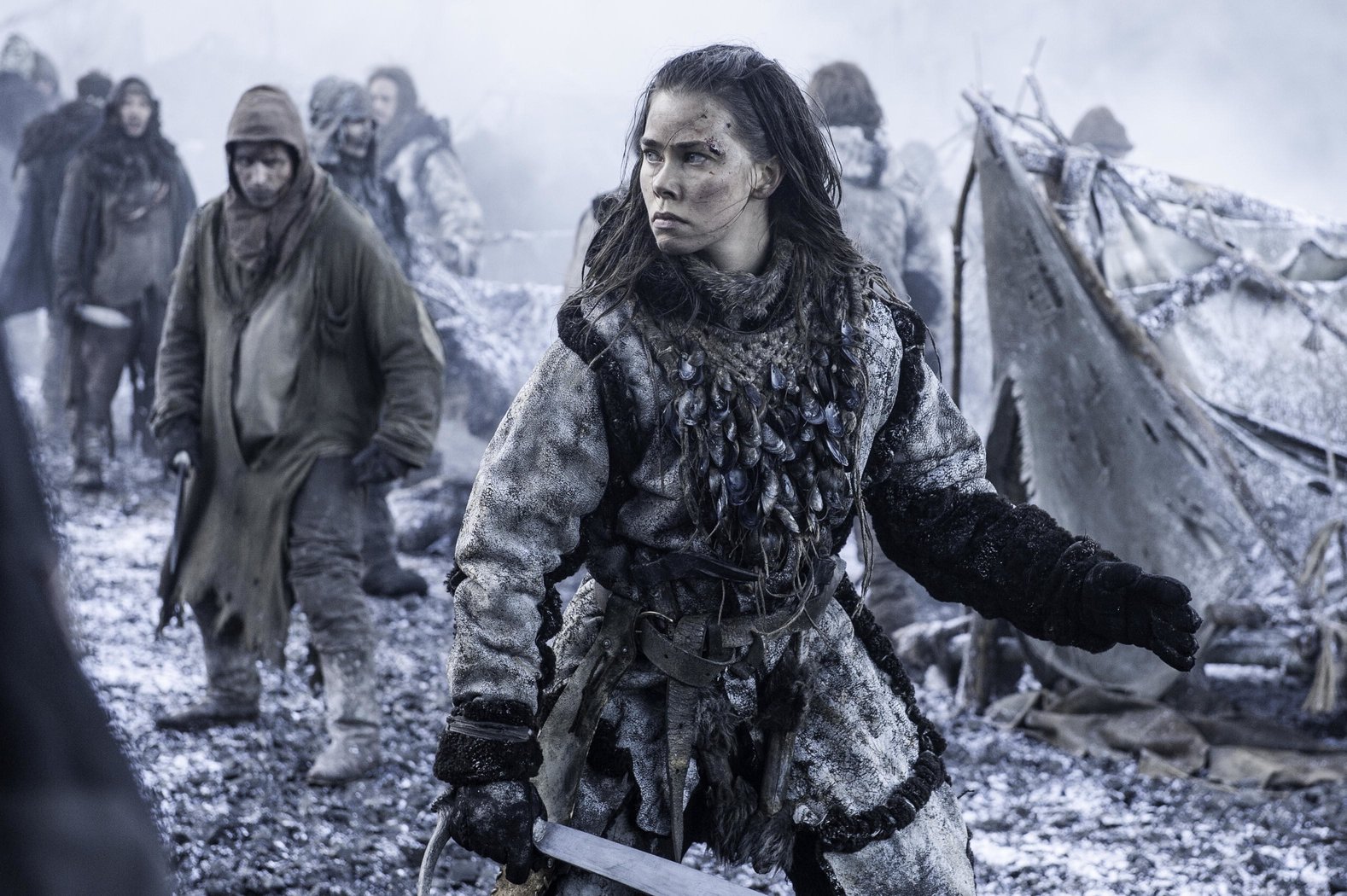 However, in Birgitte Hjort’s view, the American production model has some clear advantages when it comes to the end product.

“Abroad, there is a more stringent discipline, as competition within the film and TV world is harder, both among production companies and actors”.

“Everyone is more uncompromising and willing to go further to deliver the best possible product, even though it may be at the expense of people’s sensibilities and private lives. Even actors I regard as being well established make a big effort to show producers and directors they are dedicated to the project, and willing to work hard”.

“In Denmark, we take great account of one another’s private lives, feelings and integrity, but that also means that at times a production doesn’t really take off and fly, whereas in the States, no one shies away any means of getting a top result. Quite frankly, on Danish productions, we can be a bit complacent. Our loose working structures means that at times the bar gets set rather lower. I prefer working on Danish productions, but sometimes I miss a bit of that American discipline,” she says.

But the discipline Birgitte misses in Danish productions, she rediscovered on the Danish/Swedish TV series GREYZONE.

“I read the first episode, and I was on board! I could tell that there were high ambitions behind the story, which was worked through to the last detail.  I’d even dare to say I have never been offered a project so thoroughly realised. All ten episodes were finalised when we started shooting. By way of contrast, on VINYL we filmed one episode at a time, and one never even knew what one’s character was doing, thinking or feeling more than an episode ahead. By having an overview of the complete story from start to finish, I was better able to fine tune my work and my role in GREYZONE, which is a great feeling. This has meant I feel a greater sense of ownership of the series”. 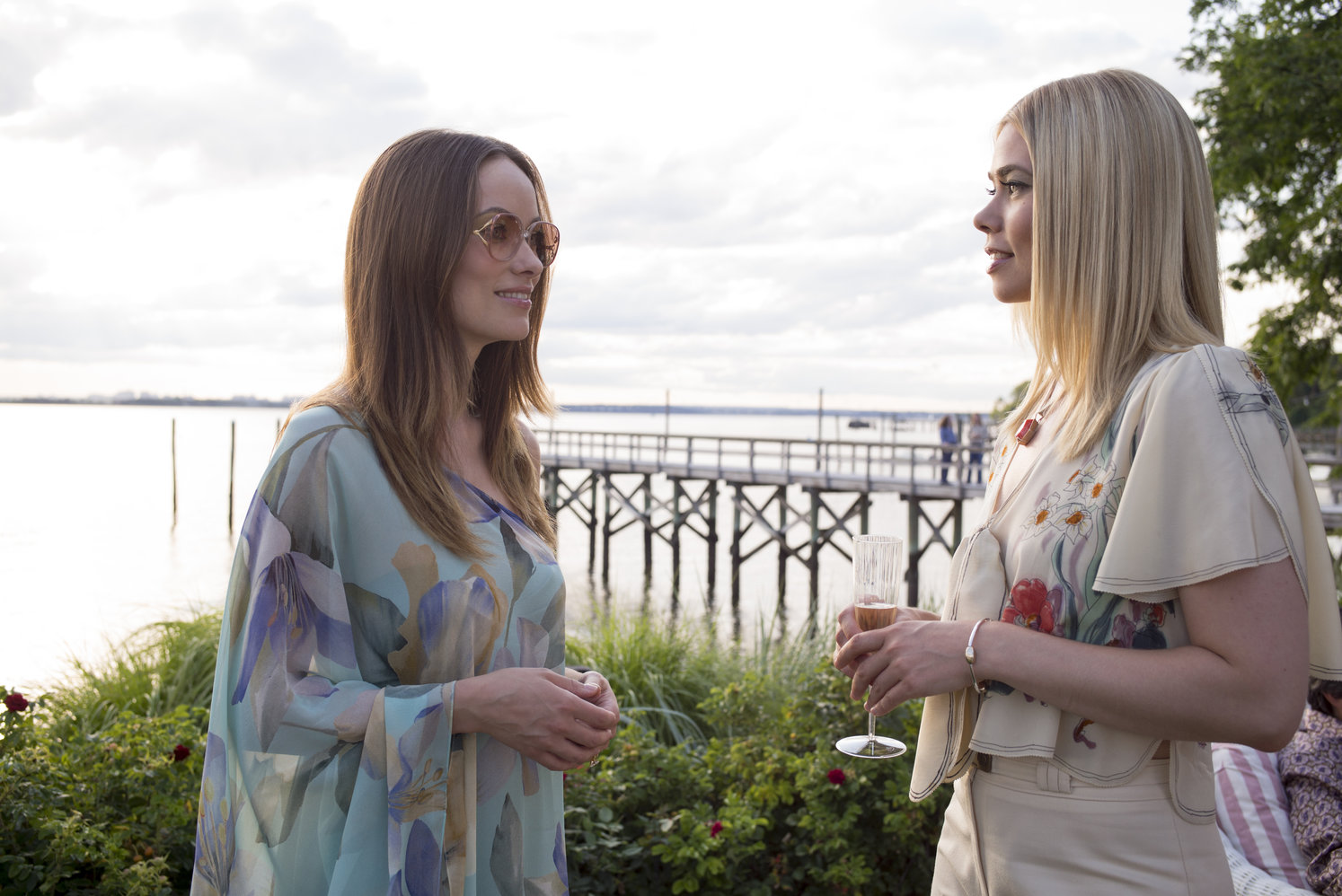 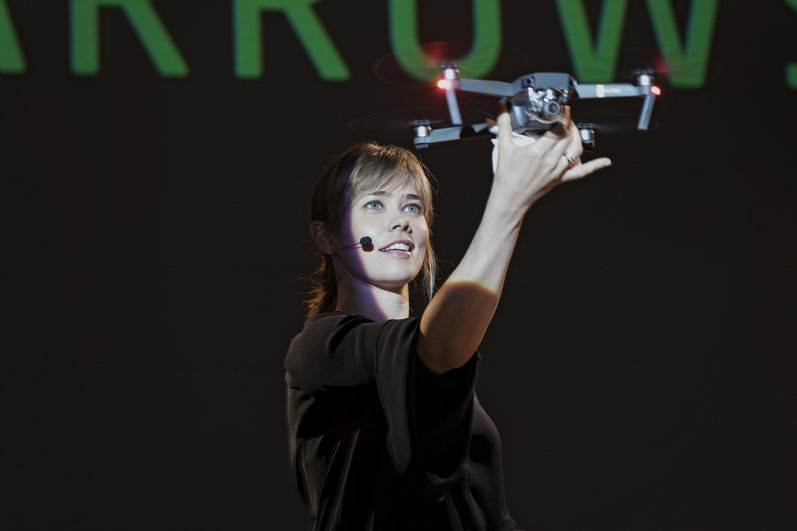 How does GREYZONE differ from other Scandinavian TV Series?

“GREYZONE has a distinctly international feel. It doesn’t concern itself with the pathologies of serial killers and psychopaths, like so many other Nordic Noir series which have come out in Scandinavia in recent years. GREYZONE is much more about political reality and real people, who in extreme situations are capable of doing extreme things.  The story is different, in that it delves into the complexities of human behaviour, where there are no good characters and evil characters. Each character has a background and a set of assumptions that affect the way they act. It’s exciting to be part of telling this gripping story. The project made me want to come back home to Denmark and work with accomplished colleagues with whom I have worked before”. 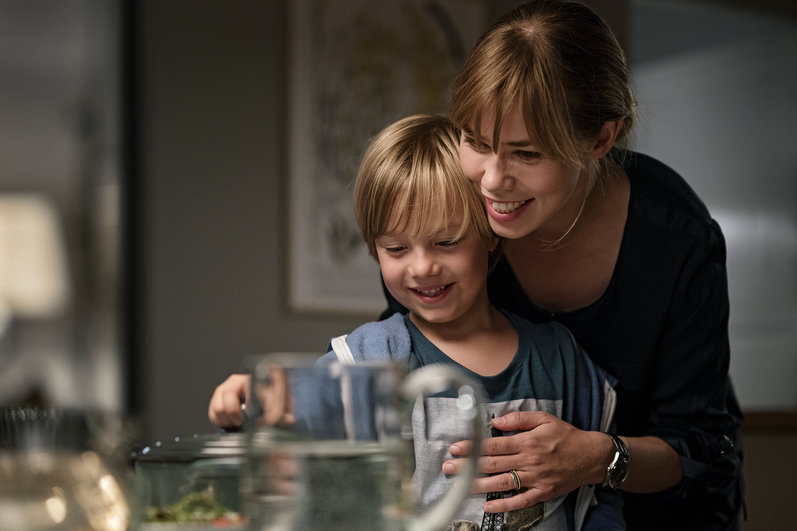 Together with her son Birgitte Hjort’s character in GREYZONE is taken as hostages by terrorists, while intelligence services in Denmark and Sweden try to prevent a terrorist attack.

For Birgitte Hjort, the fact the project is a Danish/Swedish collaboration makes it even stronger.

“Even though the two cultures are very similar, there are still differences that make for intriguing interactions, conflictual and otherwise. Of course it’s interesting to address Danish culture and issues, but it can be refreshing to get away from the narrow view and get a broader perspective on the world.  Also, working with a cast from both sides of the Øresund Bridge lends something special to the content, whereby you meet new faces. And something special for me professionally”, she says in conclusion.

The English sales and Production Company ITV Studios have been financially involved in the production of GREYZONE from the beginning, and is now selling the series internationally.

The company has high expectations for GREYZONE, and according to Kate Barnes it matches ITV Studios’ profile perfectly.

“It is our ambition at ITV Studios Global Entertainment to be a truly international distributor of breadth. In practice that means representing the very best content from around the world and from the moment we decided to get involved, we believed Greyzone fell in to this category,” Kate Barnes, SVP Global Content, Scripted and Co-Productions at ITV Studios, explains.

What are your expectations for Greyzone internationally?

“The theme of the series is something that many around the world can currently relate to and, coupled with the fact that we are increasingly finding that today’s viewers are very receptive to drama which does not necessarily reflect where they live, their culture or is even in their own language, we are excited about the series’ global potential”.

“Scandinavian drama already has an excellent reputation, and Greyzone will only enhance it. It is exactly the type of exciting, yet tense, thriller that the region has become known for, which is another reason to believe it will be internationally successful”.

GREYZONE is a co-production between Denmark, Sweden and Germany, produced by Cosmo Film for the Danish broadcaster TV 2. The production is realized in collaboration with TV4 Sweden, C More Sweden, ZDFNeo, NRK Norway, SF Studios Sweden and Nadcon Film with the support of The Danish Film Institute, the Swedish Film Institute, the Copenhagen Film Fund, the Creative Europe Program of the European Union and the Nordic Film & TV Fund.